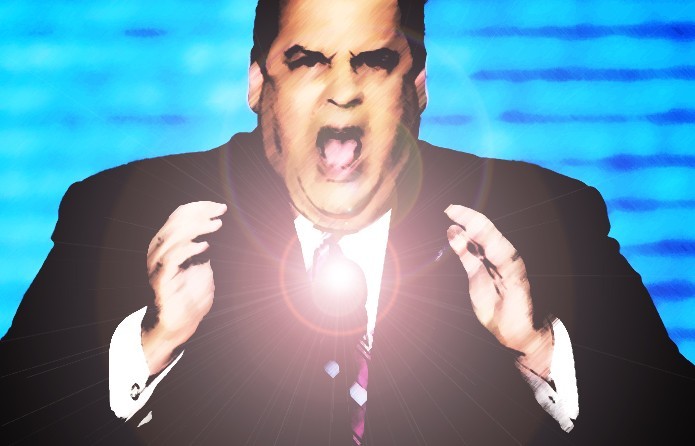 Pseudo-communication doesn’t so much mean ‘lies’ – it means that there is the appearance of a genuine two-way interaction going on when actually there isn’t. When it comes down to it there isn’t any ‘interaction’ at all going on in pseudo-communication because the term ‘interaction’ means that its two-way (otherwise we wouldn’t use the prefix ‘inter-’). When there’s no two-way exchange going on then what we’re talking about isn’t communication but control – the very essence of control is that it only works the one way, the very essence of control is that it happens ‘one way but not the other’…

Control is the very antithesis of communication (or ‘interaction’) and in this world of ours everything is about control – either control of the overt variety or control of the covert variety. In the past the authorities or rulers saw no need to camouflage their power – it was taken as being part of the natural order of things that the powerful had every right to exert their power over everyone else. It was the God-given right of the powerful to rule and no other explanation was needed. Power is after all its own explanation! And when it comes to the very widespread idea that Princes and Kings and Emperors had the divine right to rule, very clearly no other explanation is necessary! When the population believes in the divine right of kings to rule, and generally do as they please without having to explain themselves to anyone, then of course the notion of questioning their power never arises. It is no accident that monarchies and religion tend to go hand in hand, even to this day.

Even today the Queen of the United Kingdom has the title of ‘Supreme Governor of the Church Of England’, which – in theory at least – outranks the Archbishop of Canterbury, who would otherwise be considered the episcopal head of the Anglican Church. In the United States, democratically elected presidents often bring God into their public addresses, implying that God is of course on their side, as they are – of course – on His. What better validation could there be for one’s point of view, than to see it as aligned with that of the Divine Will? Invoking the deity, in these cases, is less a matter of personal piety and more – needless to say – a matter of consolidating one’s power in the earthly realm and, ultimately, the best way of consolidating one’s power is to makes one’s position (or viewpoint) unquestionable.

Within the last one hundred years or so the idea that one human being or group of human beings should have the right to exert power over others for no better reason than the brute fact that they are able to do so is widely seen as being completely unacceptable, if not downright abhorrent. ‘Might’ and ‘right’ are no longer synonymous. In one way this undoubtedly represents a huge jump in consciousness – humankind has woken up out of a long, dark slumber, or so we might suppose. In another, more important way however the gains we have collectively made in terms of freedom are more apparent than real. Control is not explicit anymore – the wielders of power have simply grown cleverer, out of necessity. The rulers have ‘upped their game’, and we have failed to keep up with them. We have allowed ourselves to be hoodwinked on a global scale.

Everything is communication of one sort or another. What else is there? ‘Communication’ is just another way of talking about consciousness and consciousness is our essential nature.  Our essential nature is to communicate – this comes as naturally to us as breathing. What passes for ‘communication’ in this modern age is in reality something very different however – it is something that has the appearance of communication but not its nature. We could equally well say that what passes for freedom in this world is a pale shadow (or ‘deceptive analogue’) of true freedom – we are free to do anything we want just so long as it takes place within the terms of the game that we are not acknowledging as a game.

If I as a ruler or authority compel you to live within a certain structure, a certain format that has been decided by me, then this unpleasant authoritarian state of affairs actually comes as a pretty honest form of communication on my part. I am communicating my power over you in no uncertain terms – I actually want you to know about it. But when I control you by ‘supplying you with your reality’ (so to speak) then I am in this case most definitely not communicating my ‘use of power’ and this makes my power over you all the more complete. The ultimate form of control, therefore, is where I control ‘what things mean’ (or ‘what is real and what is unreal’); this is the type of control that can never be questioned, the type of control that will always go unnoticed.

We imagine ourselves to be freely communicating but we’re not, therefore. We’re not freely communicating because the terms that we have been given to communicate within are not our own – they have been decided for us by ‘the external authority’ for purposes of its own. We’re operating within the confines of a framework of meaning that has imposed on us from the outside, without us being wise to the event. Given these circumstances (i.e. given that we’re ‘playing a game without knowing that we’re playing a game’) there is of course absolutely no way that we can genuinely communicate! How could we – everything we supposedly communicate about has to do with a false reality that has been imposed on us. There’s no way that we can communicate about anything – in order to communicate one must be able to see what is going on!

If we look at this in terms of interaction, and our possibility of interacting meaningfully either with each other or with our environment, we can equivalently say that there is zero possibility of us genuinely interacting either with each other or with the system itself. There is the convincing appearance of that possibility, but that’s all it is – just the appearance. We’ve been wrong-footed from the start because everything is on a false basis. We’re not autonomously interacting, we’re ‘interacting as adjuncts or extensions or constructs of the system that defines us’, and this isn’t interacting at all. We can only autonomously interact with other people or with our environment when we are ‘autonomously ourselves’ in the first place, very obviously! If  our entire way of seeing the world has been provided for us by ‘the external authority’ then there’s no interaction – there’s no interaction because there’s only the system there, and in order for there to be such a thing as ‘interaction’ there has to be two things, not just the one. Or to put this another way, if I am interacting with my own ‘projections’, my own ‘externalized assumptions’ then this is just the illusion of interaction, the illusion of communication. For communication, there must be an ‘other’…

The ‘external authority’ that we’re speaking of here is simply ‘the game that we are playing without knowing that we are’ – which is the same thing as ‘the game which is playing us’. We live in a world of pseudo-communication because we live within the remit of this game, this ‘version’ of reality that has been imposed upon us. The crucial thing to understand about ‘living within a world made up entirely of pseudo-communication’ is that just so long as we continue to do this, then ‘who we really are’ never actually gets to be born, never actually gets to come into the picture. This then is what ‘control’ or ‘the use of power or authority’ actually does to us – it is (if only we could see it clearly) the ultimate form of violence, it is in fact what we might quite reasonably call ‘psychological murder’. Authority is ‘psychological murder’ because it prevents us from being here as who we really are…