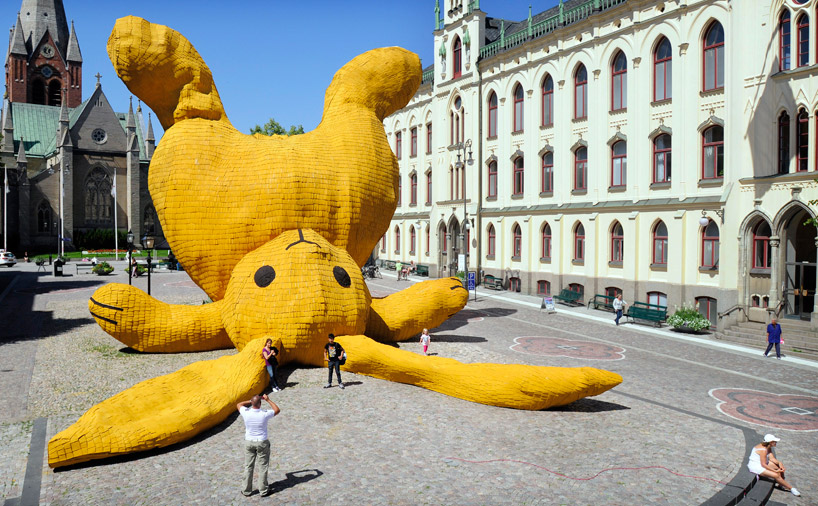 
There is no interaction at all going on in the case of pseudo-communication because ‘interaction’ means that it’s a two-way street – otherwise, what we’re talking about is merely control and control by its very nature only works the one way! Control tells but it doesn’t listen. Control is the antithesis of communication therefore and in this world of ours everything is about control – either of the overt or covert variety. And yet control – ultimately – is an unreal thing. From what we might call ‘a psychological perspective’ (rather than a straightforward ‘mechanical’ one, which is of course purely practical), control is always ‘fear-driven’ and for this reason we can consider it to be a kind of ‘postponement of reality’…

In the past ‘the authorities’, the ‘rulers’, saw no need to disguise their power – it was taken as part of the divine order of things that the powerful should rule over the less powerful. No explanation was needed other than this: ‘It is the divine right of rulers to rule‘. Actually, this so-called ‘explanation’ was itself a manifestation of power, a manifestation of ‘effective covert control’. When the population believes that it is the divine right of kings to rule, then the question of challenging their power never arises! It’s no accident that the monarchy and the church were traditionally so closely related, so closely intertwined with each other.

The Queen of England, for example, has a particular (and very peculiar) position of authority within the Church of England – this authority in some special circumstances exceeding that of the Archbishop of Canterbury. In the United States presidents talk a lot about God even though we might quite reasonably wonder what the connection what exactly the connection is between the shady business of power-politics and the divine. A democratically elected president might seem very different from a hereditary monarch, but there is still this implied relationship with God. We could quite reasonably ask what presidents (or the Queen) would know of God, but the answer (of course) has to do with the validation of their rule.

Within the last hundred and fifty years or so the idea that one human being should have power over another, for no other reason than the brute fact that they are in a position to assert this power, has become to be seen as completely unacceptable – is apparent in fact. ‘Might’ and ‘right’ are no longer synonymous. In one way this is undoubtedly representative of a huge leap in consciousness – humankind has woken up out of long dark slumber, or it seems. And yet in another way however it might be said that the gains we have collectively made in terms of freedom are more apparent than real. The change is that control is not explicit any more, as has often been pointed out – the wielders of power have simply grown subtler in their approach.  They have upped their game and we have failed to keep up with them. We have allowed ourselves to believe in the false freedoms that they have given us.

Everything is communication of one sort or another and communication is just another way of talking about consciousness. Consciousness is our essential nature and our essential nature is to communicate – this comes as naturally as breathing. What passes for communication’ in this modern age of ours is something very different however – it has the appearance of communication but not the nature. We could equally well say that what passes for freedom’ in this world is a pale shadow, a deceptive analogue, of the real thing. We are free to do anything we want just so long as it is within the terms of the game that we have not yet recognised as a game.

Similarly with what we like to call ‘communication’ – we are free to communicate about anything we want, just as so long as we do so within the framework of reference that has been supplied for us, without us ever realising that there was any choice in the matter. We talk about the things that we have been given to talk about, in other words. We’re interested in what everyone else is interested in; we follow ‘what’s trending’ and what’s trending is simply what everyone else is passively following. What could be dumber than this? But isn’t not so much the ‘things’ that we are thinking and talking about but the context of meaning within which these things are embedded – the messages that we focus upon are part and parcel of a framework that we don’t focus on and so we’re swallowing something without knowing that we are…

The overall point that we’re making here is that if I am thinking within some ‘externally imposed framework of reference’ without realising I am doing so, then I am being controlled without knowing that I am. My way of seeing the world has been decided for me, and what more effective exercise of power could there be than this? ‘None are more hopelessly enslaved than those who falsely believe they are free,’ as Goethe famously says.  If I as ruler compel you to live within a certain predetermined structure (within a certain format of existence that has been decided by me) then this state of affairs is actually a communication in itself – I am communicating my power to you in no uncertain terms. That’s the message you are getting, loud and clear!  But when I control you (by ‘regulating your reality’ so to speak) in such a way that you never suspect that anything is going on, then in this case I am most definitely not communicating my use of power, which makes my the control of you all the more complete. The ultimate form of control is therefore where I control what things mean (i.e. ‘what is true and what is not true’). This is a type of control that cannot ever be questioned.

Within this set-up we imagine ourselves to be freely communicating when we are not. We aren’t freely communicating – as we have already said – because the terms that we have been given to communicate within are not our own. We’re playing someone else’s game. We are operating within the confines of a framework of meaning that has been imposed upon us from the outside without us understanding that we ever had a choice. Given these circumstances (given that we are ‘playing someone else’s game without knowing that we are’) there is of course absolutely no way that we can communicate freely. There is no way that we can be said to be truly communicating because in order to communicate we must first be able to see what is actually going on! Authenticity is needed first, in other words.

If we were to look at this in terms of interaction, we could say that there is no possibility of us genuinely interacting either with each other, or with anyone who might be in a position of power or authority over us. There is the appearance of this possibility, but that’s all – there is only the appearance. We are allowed to fool ourselves into thinking that our interactions are genuine and not ‘pre-programmed’. What’s happening is that we’ve been wrong-footed right from the start because we’re not responding from the standpoint of ‘us being autonomous beings’ (which is what we naturally assume ourselves to be) but inauthentic basis of us thinking that we’re autonomous when the truth is that we’re not. We’re actually heteronomous not autonomous – enforced heteronomy is after all ‘the rule’! There is – as we keep on reiterating – absolutely no way that we can be autonomous beings when our entire  way of seeing the world has been supplied to us by some ‘external authority’!

The ‘external authority’ that we’re going on about here can be very simply explained by saying it is the very same thing as ‘the game we are playing without knowing that we are’. The ‘external authority is the framework that we live out the course of our lives within without ever paying attention to the fact that it is there and that we are allowing it to decide for us what is real and what is not real. We could also say that ‘the external authority is the structure we adapt to, without ever paying attention the fact that we are adapting to anything’. If we had some understanding of the fact that we are in the position of being adapted to a common structure, adapted to a common system or ‘machine‘, then there would be freedom in this understanding and so we would be able to actually communicate. If we don’t have this understanding (the understanding that our way of seeing the world is only ‘one of infinitely many’ such possibilities) then we never communicate at all – all we’re doing in this case is ‘passing on the propaganda’. We’re passing on the propaganda that we have passively absorbed without realizing that we have! We’re allowing ourselves to be mouthpieces for the system’s ongoing super-virulent output of ‘pseudo-communication’, which isn’t communication at all but merely an exercise in covert control….