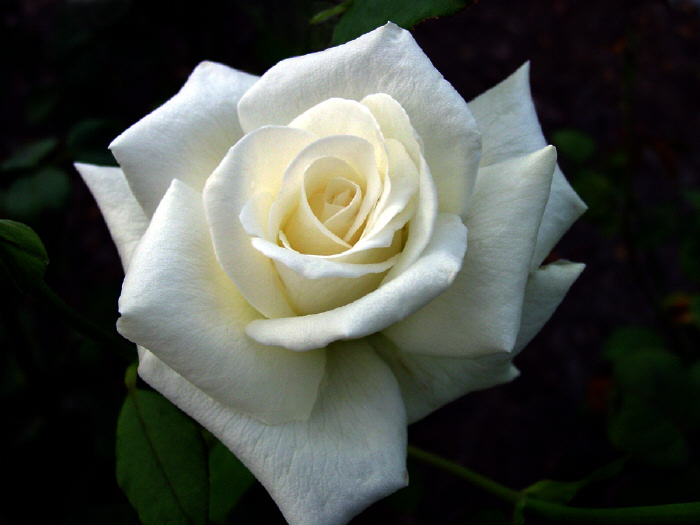 People sometimes say something to the effect that whilst we can’t necessarily control what happens around us, we can control our reactions to what happens and herein lies our freedom. That’s what we have to work on, in other words – our ‘non-reacting’. This is a familiar enough meme to see doing the rounds on social media sites and – supposedly – it represents an empowering message for us, as is generally the way with such memes.

The only problem here is that it isn’t true. It isn’t at all true – we don’t have any control over our reactions and if we were to try to (which of course we very often do) then we would simply be ‘reacting to our own reactions’, which is hardly going to help matters! What makes us think that our reactions are any different to all the other events taking place in our life, after all? What makes them special? There is a rather big ‘unwarranted assumption’ going on here…

Our freedom doesn’t lie in attempting to control our reactions to events that are outside of our control. That’s just a straitjacket. All controlling of whatever kind takes away our freedom – controlling arises out of the need to control and ‘needs’ equal – obviously enough – the ‘absence of freedom’. The idea that by acting out of the absence of freedom we can somehow give rise to freedom is, needless to say, utterly absurd. Freedom cannot come out of the lack of freedom; unless there is freedom there right at the beginning then all we will ever do is perpetuate our state of inner slavery, whilst hoping all the while that something is somehow going to change for the better as a result of us ‘persisting in our folly’. This – in a nutshell – is the difference between ‘dual’ (i.e. conventional) and ‘nondual’ psychology – conventional psychology says (in a very serious way) that we can control ourselves whilst nondual psychology laughs and says that we can’t…

Odd though it may sound to say it, our reactions have as little to do with us as all the other events that are happening around us. They are also ‘events’ and they also can’t be controlled. All events are – ultimately – not subject to our controlling, not subject to our ‘say-so’. Sometimes we can of course be apparently effective in our controlling, but what we usually fail to see is that – generally speaking – the only reason we are controlling in the first place is because we are ‘not free not to control’. The only reason we are controlling is because we are being ‘controlled by the need to control’, in other words. So in this case even if we do ‘control successfully’ we are still only ‘being a slave’. Life when we are basing everything on control has only the two basic possibilities in it – [1] is where we are successful within the terms of the narrow game we are playing and get ‘a pat on the back’, and [2] is where we fail at the game we are playing and get punished instead. Needless to say, neither of these two possibilities have anything to do with freedom!

So when we think that everything is about controlling, and how effectively we are able to control, we have fallen into a trap. As a result of being in this trap we are going to be constantly upset when things don’t happen the way we want them to (or the way we think they ought to) and when we get upset in this way we sometimes try to placate ourselves by telling ourselves that whilst we can’t always control the things that happen in our life, we can control how we react to them. In this way we fall into ‘the trap of controlling’ (or ‘the trap of thinking we need to control’) all over again. We try to avoid one trap by falling into another one and we imagine that this (i.e. controlling ourselves rather than controlling the world) is somehow a more ‘spiritual’ approach to life.

The thing that we find so extraordinarily hard to understand – even though it is at the same time so very simple – is that we are ‘an event’ just as everything else in the world is ‘an event’. The universe itself is ‘an event’, and so is everything in it. We can’t (in any ultimate way) control the events on the outside of us and neither can we exert control over ‘the event that is us’! If we could see this then we might be able to accord ‘ourselves’ the basic respect that we (possibly) give to other events. We might accord ‘ourselves’ the respect we (possibly) accord the universe itself. The point is that we just can’t see this however; we can’t come anywhere close to seeing this – instead of seeing who I am as essentially ‘an event’ I see who I am as ‘myself’, and this is another type of thing entirely! We take a type of proprietorial attitude to ourselves (naturally enough) – we claim ownership of ourselves, in other words, which is rather an odd thing to do, when we reflect on it. There is a type of ‘taking things for granted’ type of attitude here that is very different to the respect we might accord some marvellous event that clearly has nothing to do with us. If we could only have this type of awareness about ‘ourselves’ then how very different things would be! It’s quite unimaginable (from our normal everyday perspective) how very different things would be then…

When we say – as we did just now – that events can’t really be controlled in any ultimate sense of the word then this of course isn’t going to make a hell of a lot of sense. What else do we doing life apart from control (or attempt to control) things anyway? We are stuck in ‘control-mode’ pretty much all of the time and that’s why we have this nasty habit, in our Western culture, of seeing people as either being ‘successful’ or ‘unsuccessful’, as being either ‘winners’ or ‘losers’. We absolutely don’t see any problem with the ‘paradigm of control’ at all, and yet there IS a problem. There’s a problem whether we see it or not – there’s a kind of gremlin at work behind the scenes that emerges at key moments. There’s a ‘killer glitch’, just waiting to unfold! The confusion that we suffer from arises because of the way control seems to work so well in such a simple, straightforward cases as ‘steering the car’ or ‘choosing what to wear when we go out for a night on the town’ or ‘deciding what we want to cook for dinner’.

In these cases we can control without any problem – if I want to cook curry and rice for my dinner then I can have curry and rice, and if I want to cook roast chicken and mashed potatoes then I can have roast chicken and mashed potatoes and there’s no problem here. I get what I want and that they are no repercussions, no nasty surprises to contend with. It’s when it comes to the bigger picture that control no longer works so straightforwardly however – it does work, after a fashion, but only at a price. I can choose to grow either cabbages or beetroot in my back garden and the choice is entirely mine, but when I try to ‘manage’ the whole ecosystem things quickly start to go very badly out of control! The same is true of the human body – when we try to manage the processes taking place in the body by placing more and more reliance on medication (to give another example) then unwanted side-effects quickly build up, that in turn need to be managed. As Ivan Illich points out in Medical Nemesis, when we try to manage (or ‘medicalize’) the whole of human life so as to achieve a desirable standard of health then what we achieve is not actually ‘health’ at all but its exact opposite.

Generally speaking, taking ‘society as a whole’ an example, we can say that when we collectively try to manage life and ‘standardise’ it in some way (which we need to do if we are to manage it) then the result is not life at all but some highly ‘unsatisfactory version or analogue’ of life that we then have to spend a lot of time validating and maintaining for ourselves. We will have to repeatedly reassure ourselves that we are ‘living life as it should be lived’ (or that we are ‘having a good time’) even though the truth is that we aren’t at all. We’re actually living a parody of life. By taking control of everything (or rather by trying to take control of everything) we inevitably spoil it, we inevitably ruin things for ourselves. Life itself, in its very nature, is a ‘letting go’, so how do we imagine that ‘trying to take control of it’ is ever going to work out well for us? Life itself is ‘a risk that we have to take‘ so where exactly do we imagine that we are going with our ‘wall-to-wall risk avoidance’ – the ‘wall-to-wall risk avoidance’ that is modern life?

The bottom line is that processes of life or of nature cannot be controlled in any ultimate sense and that they’re not meant to be. Freedom lies not in controlling what’s going on ‘successfully rather than unsuccessfully’ but in realising that – at the end of the day – we can’t control it. This insight is freedom! If something happens that I don’t want to happen (if some outcome that I’m negatively attached to comes to pass) then I am in all probability going to negatively react to this and if I have any degree of self-awareness then my negative reaction to the unwanted event is itself going to constitute ‘an unwanted event’ and this is going to tempt me either to attempt to exert control on them, or blame myself for not being able to control them (which is the flip-side of the coin of control). Both of these responses equal ‘resistance’ (or ‘aggression’) and as such they feed into (or aggravate) the underlying issue rather than curing it. And if I try to either ‘accept’ my involuntary reaction to control the situation (or accept my reaction of blaming myself for not being able to control it) then this too will constitute resistance/aggression and so this too will aggravate the underlying issue. I can’t get out of the mess this easily just by using ‘acceptance’ as a tactic!

What does help however is to see that both what happens ‘on the inside’ and ‘what happens on the outside’ are independent events and that ‘thinking that we ought to be able to control independent events’ is a suffering-producing delusion’! Thinking that we ought to be able to control life (or control ourselves) is a suffering-producing delusion and it very much helps to see this. We are looking at things in a completely deluded way when we think this and out of our deludedness no good can come. Out of delusion comes attachment and identification, which means that we are going to be ‘hooked on controlling‘, whilst out of awareness comes ‘freedom from the false need to control’ that comes out of identification. Realising that there never was any question of being able to ‘control our reactions’ (and thus supposedly gaining freedom from all the external factors that are controlling how we feel) doesn’t mean that our reactions are then going to continue unchecked (or that they become more exaggerated or violent in their intensity), which is what we always tend to think. Quite the reverse is true – when we realise that there isn’t some kind of supposed ‘external agent’ outside of the-event-which-is-who-we-are that needs to be controlling the event, then peacefulness comes back into the picture – peacefulness being (of course) the one thing that can never be arrived at by controlling!