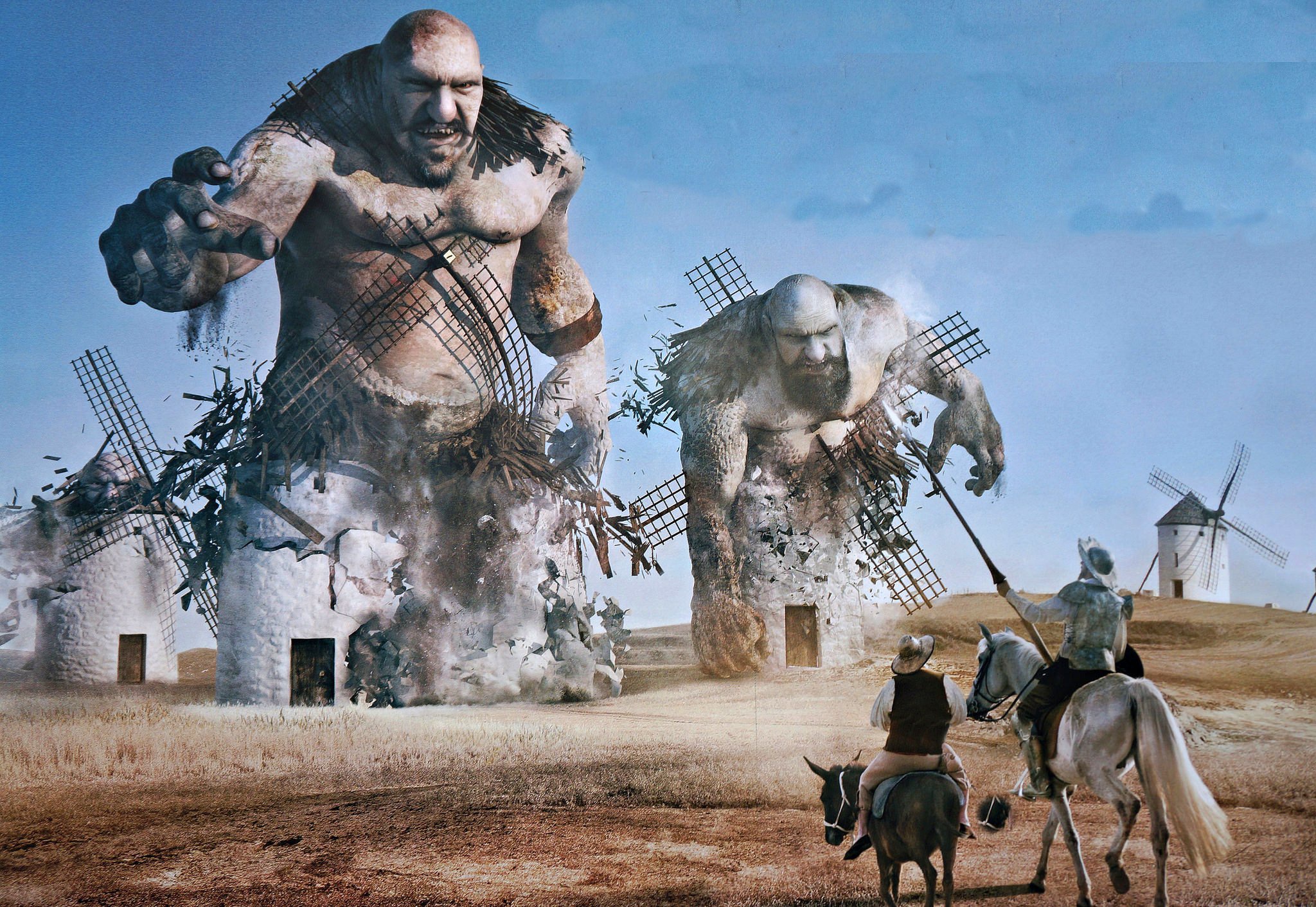 We start off on the wrong footing, and then put all our efforts into trying to make things better on this basis. This is our situation in a nutshell! All of the benefits, advantages and comforts that society provides us with are for the sake of assuaging the pain caused by us starting off on this ‘wrong footing’ and this – of course – means that we are quite uninterested in what would constitute our genuine well-being. The more work we put into compensating for the original mistake (so to speak) the less likely we are to ever become aware of it! We’ve headed off in the wrong direction entirely…

This is most poignantly the case when it comes to psychological therapy – our efforts in developing psychological therapies are all in the direction of ameliorating – as best we can – the suffering that comes about as a result of our ‘mistakenly assumed basis’. It is always possible that these therapies may be partially ‘successful’ within the terms that they themselves set out (i.e. the reduction of pain) but were this to be the case, this very success would be acting against us. When we are facilitated in starting off on the wrong basis and then in continuing on this basis without being able to experience the suffering and alienation that is the inevitable consequence of us taking the wrong starting-off point as ‘a legitimate basis’ then this is the exact opposite of helpful. We think we’re doing good work but we’re not; our misery is made more tolerable to us and – because of this – we are able to continue indefinitely with it. This corresponds to Gurdjieff’s ‘evil inner god of self-calming‘.

‘Making mistakes’ is perfectly OK, we might say, that’s how we learn, that’s the process of life: we go astray, and then the pain of finding that we have ‘gone astray’ brings us back again with renewed appreciation for what we have gone astray from! This is of course the message of the parable of the prodigal son – the other sons in the parable – the ones who haven’t gone off the rails – are understandably annoyed, to say the least, by the joy which their father expresses at the return of the erring son. They didn’t stray after all, and yet no feast is thrown for them! The other sons undoubtedly feel that they should get the larger share of the credit therefore, seeing that they were good and dutiful sons who didn’t go off the rails. There is a subtle aspect to this story however, just as there is in all good stories. The point is that we can only know what we have when we lose it. This idea is illustrated very well by the story ‘Fetching water for Vishnu’, as told here by Devdutt Pattanaik. When we restrain ourselves from breaking the rules because we are afraid of what might happen if we do break them (or because we want to earn brownie points) then this is no good at all! We don’t become good merely by ‘refraining from sinning’, no matter what we might have been told in Sunday school – obediently following the rules just makes us sanctimonious and judgmental, which doesn’t do anyone any good.

According to William Blake, ‘the fool who persists in his folly shall become wise’ and we are all fools when it comes down to it. The way forward for us is to persist with our folly therefore and learn from what happens! If however we persist in our folly whilst at the same time insulating ourselves from the painful consequences of that folly then this is another matter entirely… What is happening here is that our folly is being enabled; our foolishness is being validated and so we can all go around being ridiculously proud of being the fools that we are. Instead of genuine well-being we have artificial well-being, the type of well-being that comes about as a result of the validation of the false idea of ourselves, which is what our culture is all about. There is zero support for the process of ‘going beyond the comfort zone of who we think we are’ in the world that we have created for ourselves, but there is plenty of validation for who we are brought up to believe we are, who we are told we are. Folly has thus become ‘the way to go’ and we are effectively prevented from questioning it. Questioning the socially-sanctioned form of folly is regarded as deviance and reprehensible wrong-headedness and is treated accordingly.

The ‘wrong footing’ that we are talking about here is the idea that we have about ourselves, therefore. What we are talking about is ‘the easy answer’ as regards the all-important question “Who are you?” – it’s the ‘easy answer’ because it takes no effort at all to come up with it! We will investigate other things in the world that we’re interested in perhaps, but whoever investigates their own assumed identity? We run with this without ever giving it a second glance and this is of course a very peculiar thing. Why we would we be so blasé and incurious about the perplexing question as to ‘who we are’ when this would seem to be the central mystery of our existence? What could possibly explain this? What could explain our lack of interest in the central mystery of our lives and our preoccupation with other, less profound matters, our undying obsession with superficiality and trivia? Although this in itself might sound like something of a mystery it turns out that it isn’t – ‘lack of interest’ is the very antithesis of consciousness, and the only reason we would go down the road of ‘embracing the antithesis of consciousness’ (rather than having anything to do with the real thing which has infinitely more possibilities in it, needless to say) is because we’re in the grip of fear. When we are in the grip of fear we fly from awareness, we don’t embrace it! When we are in the grip of fear then we’re not at all curious about the world around us; we don’t want to ‘find out about anything’, naturally enough. We don’t want to find out what’s going on; on the country, we want to not find out, we want to stay as dumb as possible. This behaviour is what Chogyam Trungpa calls intelligent stupidity.

Obviously, we all know that fear – if it is great enough, if it really has us in its grip – produces as a result a state of profound incuriousness, a state of concreteness that is characterised by us putting zero inquiry into our descriptions or ideas or theories about the world (which is to say, literal-mindedness); the problem isn’t knowing this, or being able to understand this, the problem is applying it to ourselves! That can’t be us, we say, we’re not like that, we’re not literal-minded and incurious about the world around us, or uninterested in going beyond/seeing beyond our drab and formulaic descriptions of reality. We are a scientific, progressive and above all dynamic culture so that can’t be us at all! But if this accusation of literal-mindedness isn’t true then why are we – as a culture – so single-mindedly invested in control and technology, and so ridiculously weak and feeble when it comes to investigating ‘who we are’ or what it means to be ‘conscious beings’? Why are we so extraordinarily unphilosophical in our outlook, after all the good work that has been done in this field by earlier, more philosophical eras? We’ve let the ball drop big time!

There are (we might say) two distinct possible modalities of existence that we can orientate ourselves from, one being the mode that is preoccupied by the ‘HOW’, and the other being the one which we consider the ‘WHY’ to be of supreme importance. In the first case we invest everything in technical knowledge (and the means of control based on this technical knowledge) and in the second case – whilst we will not be averse to technical knowledge – we are much more interested in the process of investigating and examining phenomena ‘for its own sake’, not because we want to exploit or utilise the insights that we might uncover along the way. There are no surprises for guessing which modality contemporary Western culture exemplifies. This isn’t exactly the hardest question in the world to answer – we are the ultimate masters of the ‘HOW’, we are the ‘Great Exploiters’.

So what happens when a HOW-type culture does psychology? What happens when a ‘technical/controlling-type’ civilization tries its hand at psychotherapy? We have already looked at this question of course; this is what we started off talking about at the beginning of our discussion – what this comes down to is the unfortunate business of starting-off on the wrong footing and then putting a whole load of effort and ingenuity into what is essentially ‘a lost cause’. What has happened to us is that in our haste to improve our situation (so to speak) we have completely failed to our examine our formulaic description of who we are, and as a result all of our efforts have gone into fixing – or at the very least ameliorating – the problems that beset this unexamined idea of who we are, of which there are plenty!

It just so happens that this is never going to work out for us since the mental construct we’re trying to fix is inherently jinxed  – it can be said to be jinxed on the one hand because all logical-constructs contain an inherent if invisible self-contradiction that can’t ever be ironed out (which comes down to ‘the paradox of self-reference’), and it is jinxed on the other hand because the self-concept has nothing to do with our true nature anyway, which means that we are ‘tilting at windmills’! Technical therapies can NEVER work therefore – at the best they can perhaps succeed at making life a little bit more comfortable for us, a little bit more tolerable for us, but this – as we said at the start of this discussion – is very far from being ‘a good thing’!