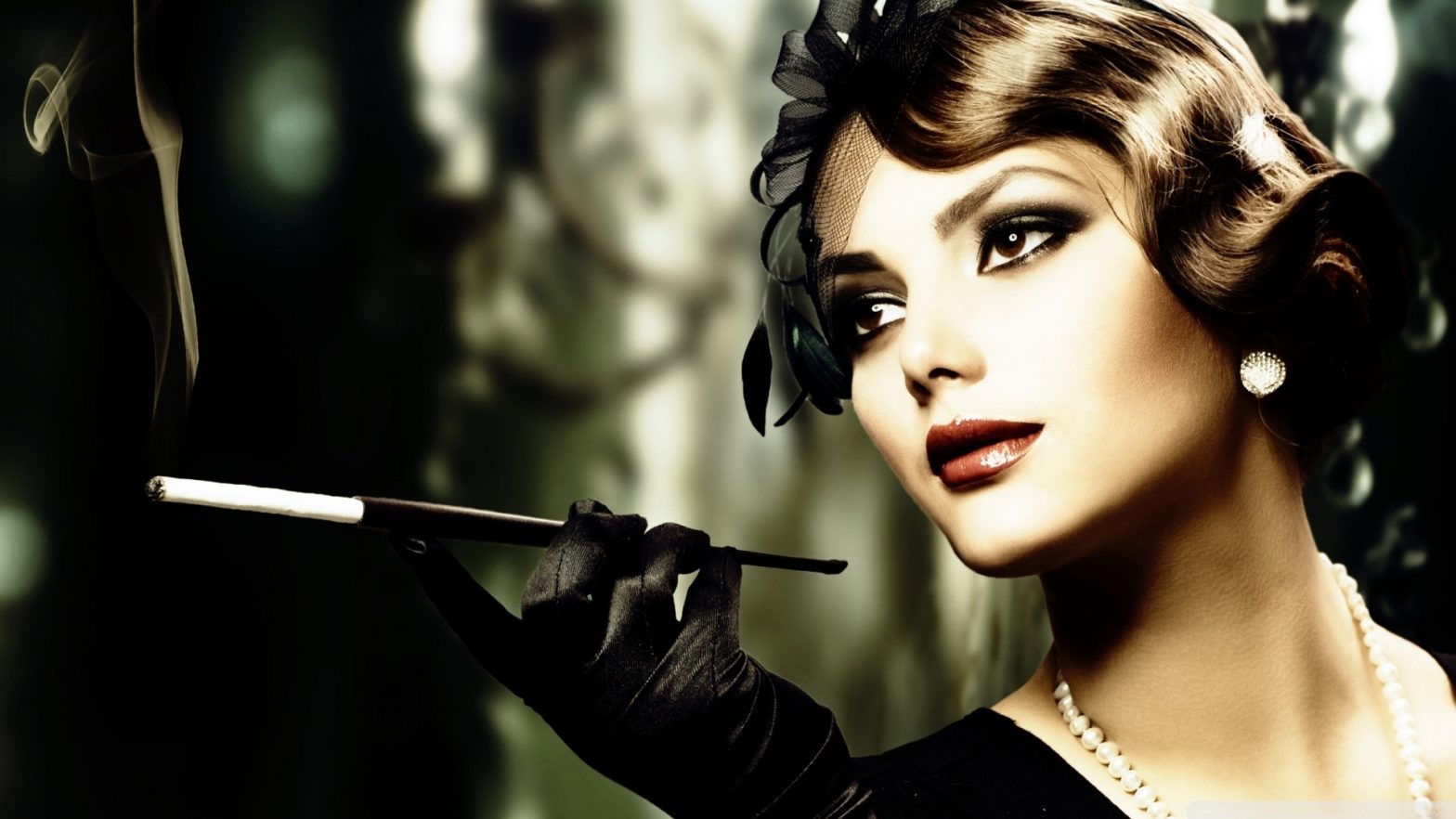 The generic self is glamorous. Whenever it can, it displays a side to itself that is attractive, alluring, and mysterious. Needless to say, the GS is none of these things but that isn’t to say that it can’t conjure up the image when it has to; that’s what glamour is all about after all – it isn’t a naturally occurring attribute but an aspect of ourselves that we cultivate on purpose, an aspect of ourselves that is brought about by both clever stage-management and ‘putting one over on the audience’. It’s a scam, in other words.

We might wonder just how effective advertising really is and whether it justifies the millions that are spent on it every year and various answers could be given, but when it comes to ‘getting us to want to live the life of the generic self’ then there can hardly be any doubt on this score – it’s the most effective strategy ever! Who doesn’t want to jump on this train? The only people who haven’t jumped on board this particular bandwagon – almost as a rule – are those who haven’t whatever reason been able to.

The generic self may be glamorous, and we may have thought into its allure hook, line and sinker, but it isn’t us. This is the crucial point to understand. As soon as we use the term ‘the generic self’ we already know that this isn’t who we are – no one goes around feeling that they are ‘a generic person’ after all! We don’t really have any concept of the GS at all; it’s not part of our vocabulary. The whole process of ‘being seduced by the charms of the generic self and then ending up in a situation where we think we actually are this fictional self is not one that we ever bring any consciousness to – it’s not on our list or inventory of ‘things to be aware of’. We aren’t aware of ‘losing freedom’ and in any event this way of looking at things doesn’t occur to us in the first place; we don’t really know what freedom means in this profound sense, we only have a very gross understanding of what is meant by the word. ‘Freedom’, in the psychological sense, means freedom from the generic self – that’s the only thing it can possibly mean. What kind of freedom can we have as the generic, after all?

The generic self is the graveyard of individuality. It is the graveyard of everything worthwhile  and interesting – it has behaviour pertaining to it, to be sure, but this is not behaviour that comes out of a real human being, but rather it is only a conglomeration of second-hand thoughts and impressions along with the mechanical reflexes that come about as a result of them. Jung uses the word Everyman: when we follow our crude ‘passions’, he says, then we become Everyman – there is in this case nothing unique (or truly ours) in us, nothing that is not in everyone else. We are ‘infinitely interchangeable with everyone else’ in this case; there is a type kind of ‘cheapness’ to us, a profound lack of any originality or sincerity whatsoever. We could go through our lives full of energy and vigour, full of determination, getting involved in all sorts of things, having lots and lots to say on every subject, but all of this has no ‘meaning’ at all if it comes out of the generic self rather than out of who we really are. It’s no ore than a horror show, really. It’s ‘a thing that happens’, to be sure, but it really and truly has got nothing to do with us. We assume that it does, we imagine that it does, we feel as if it does, but it absolutely doesn’t! Something mechanical (something that isn’t us and isn’t anybody) is living through us and we don’t know it.

This is a kind of ‘test of the imagination’ therefore – does this idea or proposition makes sense to us or does it not? If it does make sense then not only does it make ‘intellectual sense’ (like any coherent idea would) it also makes an intense visceral sense too, a visceral sense that is extraordinarily repugnant or repellent. What could be more odious fate than to be going through life like this? The generic self at core is not a pleasant creature, despite its undeniably ‘glamorous’ aspect. It’s not a pleasant creature at all! If we don’t have the imagination to see what the GS is or what ‘life as the GS’ is all about then that is another thing entirely however. We are interested in other things, trivial things, but not in the question of noticing or appreciating what an odious fate it is to be identified with Jung’s ‘Everyman‘. This is a normal way for us human beings to be – we are interested in freedom, but not in freedom from the generic self; we are interested in lots of things, but not in becoming aware of the horror of our actual situation. We are interested in ‘not knowing the truth’, in other word. Even saying this isn’t quite right however – who is there to be either ‘interested’ or ‘not interested’ anyway? Only the GS is there and the GS isn’t us, as we keep saying. It isn’t anybody. It’s Everybody but it’s also nobody…

When we look at Everyman as he or she is portrayed in the adverts, it’s not the repellent side of it we see, that’s for sure! On the contrary, there’s something about this self that really makes us ‘want to be it’ – we want to be in its shoes not ours. We want to be in its shoes not ours because it has such very nice shoes! Our own situation is of negligible value – that of the glamorous generic self however is exciting to us beyond measure, we almost feel faint with excitement. This straightaway gives us a clue about where this seductive glamour comes from – the clue is that it is the GS who is experiencing the envy and longing. The GS is after all – as we have said – quite empty of anything interesting or worthwhile; it is not directly aware of this grievous lack (being quite devoid of any self-awareness) but what it is aware of instead are all the wonderful qualities that it perceives as being the property of someone else. The glamour that we are being daily hypnotised by is our own projection therefore; it doesn’t belong anywhere else even though we are absolutely convinced (flatly convinced) that it does. Very curiously therefore (and what could be more curious than this?) we are envious of our own inner impoverishment which has become manifest for us in ‘an upside-down way’ as the wonderful, super-enticing glamorousness of our own projections! We are (invertedly) relating to our own ‘inner poverty’ but we don’t know it.

‘Glamour’ isn’t all it’s cracked up to be, therefore. It isn’t what it’s cracked up to be at all – and neither is the generic self! The ‘value’ or ‘magic’ that we perceive, and which we are maddeningly attracted to, doesn’t actually exist anywhere. It doesn’t exist outside of ourselves (which is where we think it is) and it doesn’t exist within us either. What we are really seeing, as we have just said, is our own utter sterility turned on its head and re-presented to us as the promise of riches or wealth. We are always chasing treasures, we are always striving after ‘external values’, but the stuff we are forever trying to get our hands on is actually the inverted representation of our own denied poverty, if only we could see it. This characteristic ‘grasping’ activity only ever perpetuates our poverty, therefore. This is what the ‘mechanical life’ is all about – perpetuating the poverty, perpetuating the hollowness. We are ‘perpetuating the poverty that is ourselves’; as Jesus says in the Gospel of Thomas (Saying 3) –

We are ‘perpetuating the poverty that is us’, but saying this isn’t quite right either because what we are so busy perpetuating isn’t really us but ‘who we think we are’, which is the generic self. This is the ‘essential mechanism’ of unconscious life. To say that this is ‘an utterly crazy situation’ is the understatement of the century – what could be crazier than this? In the adverts the generic self looks as if it knows what it’s doing, it looks as if it is successfully seeking and finding its own benefit (and greatly enjoying it too). The GS looks as if it is leading a wonderfully satisfying life, a thrilling and magical life – this is the illusion that is being so cleverly fostered by the advertising industry, after all – but none of this is true. It is all an utterly fantastical hallucination and it is this ‘utterly fantastical hallucination’ that our society promotes so effectively every day.