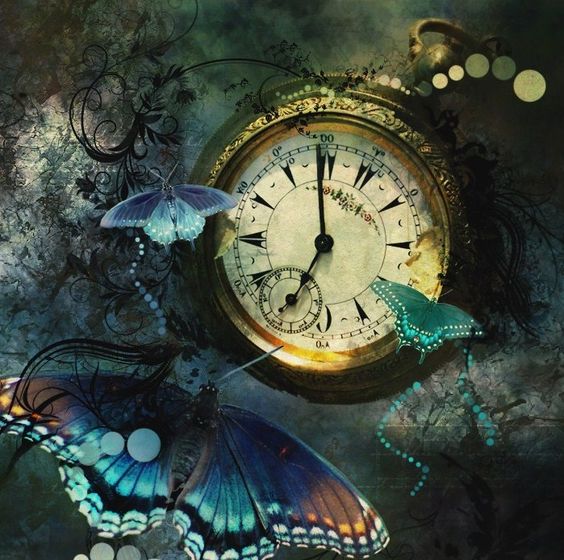 Two paradigms exist in mental health, whether this is acknowledged or not. One is the positive paradigm, which is all about ‘structure-maintenance’ and ‘structure-consolidation’, whilst the other is the negative paradigm, which we may explain by saying that it is all about ‘structure-transcendence’. ‘Structure-transcendence’ – obviously enough – means going beyond the structures or systems that we have grown dependent upon, and which therefore define us.

If you were talk to anyone in the field of mental health then the chances are almost one hundred percent that they will understand ‘good mental health’ to be synonymous with ‘maintaining and consolidating the structure known as the rational ego’. Everyone understands mental health this way – this is the only way of understanding it that we have, collectively speaking. We have this basic attitude in life, this basic set of values, and we apply to everything; it’s a basic fundamental orientation so of course we apply it to every situation. To not do so would simply never occur to us! The more pressure we’re under the more we draw upon (and rely upon) our basic orientation, naturally…

There are times however when we are forced by circumstances or by extreme experiences to go beyond this basic orientation, and then (as far as the people around us are concerned) it’s as if we are speaking a foreign language! It’s as if we have lost our grip on reality and have started raving – we’re saying things that don’t make any sense at all. When we adhere to the ‘equilibrium’ (or ‘structure-based’) view of mental health then everything of course comes down to skills. Regaining our mental health is seen to be something that comes about as a result of us and learning, and then putting into practice, specially prescribed skills. When we are trying to restore an equilibrium value then this absolutely is a matter of using skills (or of ‘being skilled at utilising methods or strategies’) – there is no question about this. Structure-maintenance translates into control.

When we talking about structure-transcendence however then control isn’t going to have any part to play – the whole point of control is to bring things back to normative values, not free us from the gravitational pull of these values. It’s not just that this is what control does, it’s what control is! Control is a matter of ‘bringing things back to normative values’, control equals ‘returning the system to designated its designated equilibrium values’. If mental health were all about optimisation with regard to a particular way of being in the world, a particular way of interacting with the world, then skills and strategies would rule the day, but things are not this simple. Our mental health isn’t by any means a measure of how assiduously we stick to ‘the known’; on the contrary, mental health can be seen as a ‘reaching out to the unknown’, a movement out of equilibrium!

No obscure arguments or philosophies are needed to backup this observation – how can ‘staying the same’ be the healthy way to be? If you were to find yourself exactly the same person 10 years on, 20 years on, 30 years on, so that you are expressing the very same opinions, keeping the very same routines, getting involved in the very same discussions, the very same dramas as you always did, would you consider this healthy? Is ‘structure optimisation’ really the healthy option, or is it ‘healthy’ to change? Which feels better? Are we even truly alive if we don’t ever change?

Similarly, someone who never thinks or looks ‘outside the box’ can hardly be regarded as being particularly mentally healthy – if I’m concrete in my approach to life and always stick to the known, the tried and trusted strategies, the conventional way of doing things, and censure anyone who doesn’t do as I do, then this means that I am being governed by fear. This is a common enough modality of existence that we talking about here to be sure (the commonest, in fact!) but that doesn’t make it into a healthy way to be. It’s ‘normal’ but it’s not good! Acting on fear causes us to contract and react violently against anything that contradicts our closed way of life; if fear were not governing our lives then things wouldn’t be the same at all – we would be completely different in our attitude in this case. We would be open rather than closed, and this makes all the difference in the world.

It’s not overstating matters to say that almost all of our troubles are caused by this tendency of ours to ‘close-down’, or ‘shut ourselves off’ as a result of running from fear. The denial of fear always shows itself in the form of aggression; the attempt to escape fear breeds violence and intolerance, both directed towards others and ourselves and this violence / judgementalism justifies itself in the name of the ideal that is being promoted, it is seen as a ‘means to an end’ and this end is held to be so important as to make all possible means, however extreme, acceptable. When we are ‘governed by fear’ then we are uphold one specific way of doing things, one specific way of seeing the world, as being supremely important, as invalidating all others, and the reason for this is because this ‘idealised’ pattern of doing things is seen as our way of escaping the fear that drives us – our only way of escaping the fear that drives us.

It’s not that we are aware of this of course; we’re not aware that we are being governed by fear and so naturally we don’t see what we’re doing as ‘trying to escape fear’. We don’t see that our violence and intolerance towards ‘all other ways’ is a result of our belief that the way of seeing the world we are adhering to represents some sort of ‘magic formula’ that will save us from the nameless threat that is lurking in our unconscious. We are driven by these forces, these beliefs, and that means that we are in no way aware of them. Fear becomes the very basis of our world and so it is not something that we can see; it gives rise to a particularly aggressive and insensitive way of relating to the world, but – as we have just said – we see our behaviour as being necessitated by some great good that is either to be achieved, or upheld. If someone were to come up to us and put forward the suggestion that our way of seeing things is as precious to us as it evidently is because it ‘unconsciously represents’ a solution to the fear that is gripping us then we simply wouldn’t understand what they were talking about. We undoubtedly take against them for what they are saying – our precious ‘ideal’ (whatever might happen to be) is being disrespected, after all. ‘If you aren’t for us, then you must be against us’, the logic of fear says.

The question then arises (if we are talking about this thing called ‘mental health’) as to what the consequences might be for us living in this rigid conservative modality. If this concrete mode of existence isn’t healthy (as clearly it isn’t!) then how does this ‘lack of health’ manifest itself? Very simply put – and this is a very straightforward matter to talk about – being ‘shut down’ in the defensive/aggressive mode means that we will suffer, it means that we will feel bad. This is the inevitable consequence of being ‘shut-down’. We then either displace this pain onto others, and become even more aggressive than we were before, or we blame ourselves for it and become even more self-critical, even more controlling and punishing of ourselves. Whether we are harsh (if not to say positively hateful) to others, or to ourselves makes no difference; either way we have become ‘our own enemy’ – in the first case we afflict ourselves collectively whilst in the second case we afflict ourselves ‘personally’. Quite aside from the original suffering, we now have the extra suffering of our reaction to the original pain to contend with, and this is a spiral of thinking and behaving that feeds on itself and – with grim inevitability – becomes ever more toxic, ever more destructive.

What we are saying here therefore is that it is ‘structure-maintenance’ and ‘structure-consolidation’ that lies at the very root of our troubles. It is not going to be any kind of a ‘remedy’, therefore. We are holding on ever-tighter to our ‘pattern of being in the world’ (which is a pattern of ‘reacting’) and this is making things worse not better. Contrary to our unconscious assumption, maintaining and consolidating our pattern of doing things (which essentially equals our identity) is not the solution to our suffering, but the root cause of it. The only helpful process as far as neurosis is concerned therefore is the process of self-transcendence (or ‘reaching out to the unknown’) which – as we have already said – is not something that we can have a strategy or method for. There are no methods for self-transcendence, there is no strategy for ‘reaching out to the unknown’.

There is no strategy for reaching out to the unknown because this is something that has to ‘happen all by itself’. It can’t be forced – ‘reaching out’ can neither be ‘forced’ nor ‘prescribed’, obviously. It happens when it is ready to happen, just as forgiveness comes ‘when it is ready to come and not before’. There is a whole side to life that is like this and – as a culture – we are hugely dismissive of this aspect of life. We are only interested in that aspect of ourselves that can be managed, that can be controlled or forced. We dismissive of ourselves therefore because this act of ‘reaching out’ is who we really are, not the ‘holding on’. The fear isn’t us – the fear is the denial of us! In ‘holding on’ we go against our true nature, and that is why it causes us to suffer. When we react to fear we go against our true nature and start trying to secure things for ourselves, ensure things for ourselves, and generally ‘keep things the same’. We start trying to ‘take charge of the process ourselves’, in other words, and this is invariable bad news. This is how we try to ‘help ourselves out’, but it is no help at all. Our way of trying to help ourselves becomes our greatest affliction, and this is neurosis.

There is no strategy for ‘reaching out’, there is no method for ‘self-transcendence’, but there is such a thing as a supportive atmosphere within which this ‘movement’ can take place when it is ready to do so. Instead of being all businesslike and clinically efficient (and apparently ‘all-knowing’ as a result of our extensive education) what really does help in the field of mental health is simply to become more sensitive, more open-minded, and less controlling. Or as we could also say, what really helps is to become stronger and braver ourselves!

We don’t need a fancy, high-powered technical language to talk about the journey that takes us towards a deeper state of mental health; this isn’t a ‘technical’ business, it’s an opening-up business and there are no labels, or no instructions for ‘opening up’! Life doesn’t come with an operating manual, after all…